This new website has images of the backs of seed packets to assist in planting.

There is a wealth of information on the back of a Franchi seed packet but it must be remembered that the packets are Italian and written for the Northern Hemishere so the months January through to December as shown in the Roman numerals (I, II, III, IV, V, VI, VII, VIII, IX, X, XI, XII), are 6 months different to the Southern Hemisphere. Thus the equivalent month to IV ie April on the packet is 4+6 ie October, and XI ie November is May etc.

The map at the top left of the packet shows two major climatic zones RED for Mediterranean and BLUE for cold and very cold, with YELLOW indicating an arid, hot, Middle East climate. These colours are used to indicate the timing of activities in each of the climate zones as discussed below. It is important to remember that local planting conditions can be influenced by many factors so use local knowledge if possible.

Indicated sowing and harvesting months are shown on the left side of the packet, and more detailed information is shown in the "cartoons" along the top of the packet as follows:

1. Recommended timing of planting in a seed box or module to raise seedlings.

2. Recommended timing of planting directly in the garden.

4. Recommended timing and spacing of plants either directly sown or transplanted.

5. Recommended timing of planting out of seedlings.

Again you should use experience or common sense rather than following such suggestions slavishly.

Below the descriptions in many languages, the name of the plant is shown, together with its product code (ie DBO 13/2), Germination Minimum and Purity Specification.

Along the bottom of the packet information is shown that is printed on the packets at the time of filling and sealing, from left to right in English: 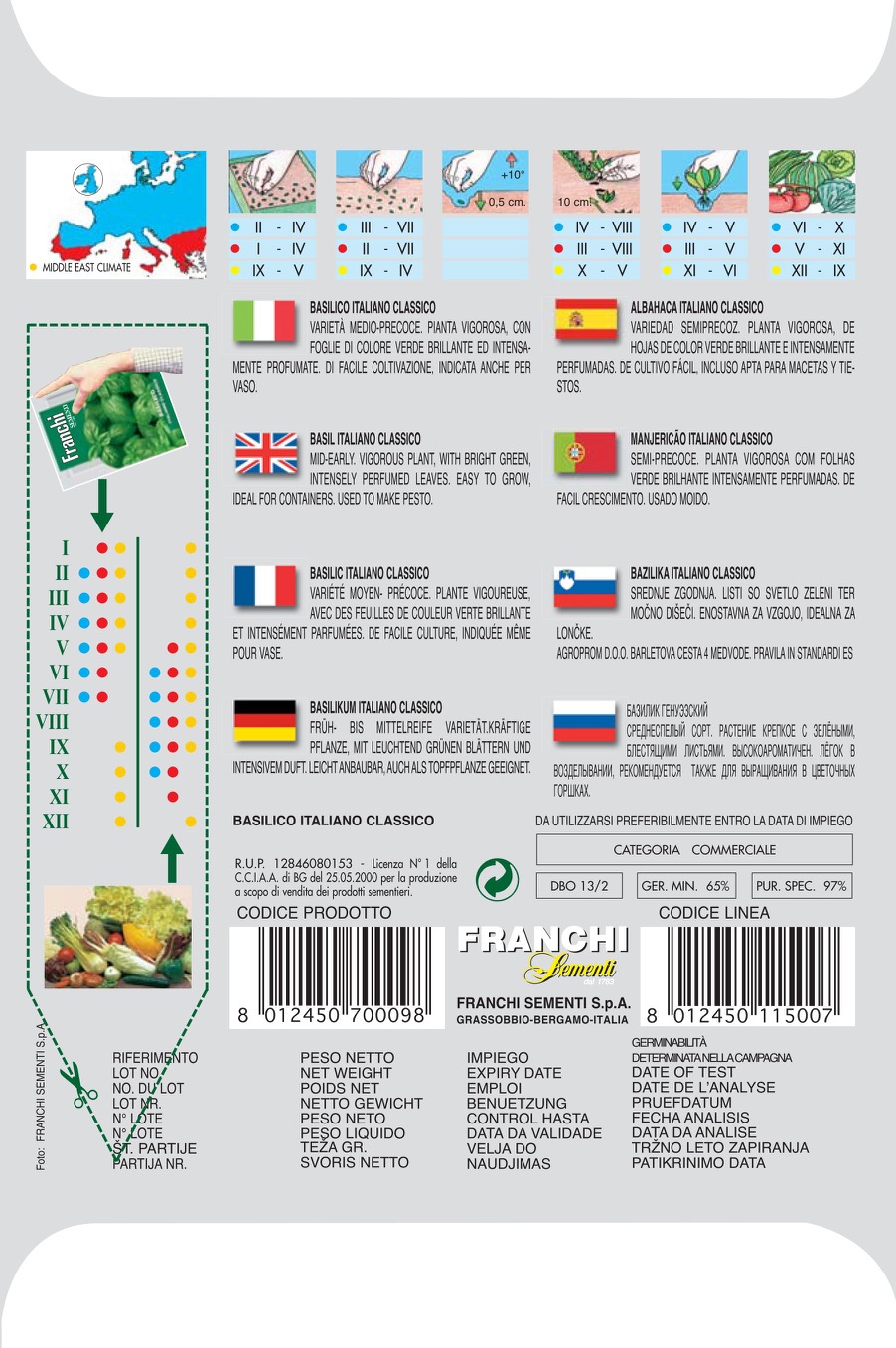